By now, we all know that at the turn of the 18th century there were 2 rivalling companies in Canada. Rivalling for everything. Rivalling for fur, food, language… Through the ages, Winnipeg has always been in the center of 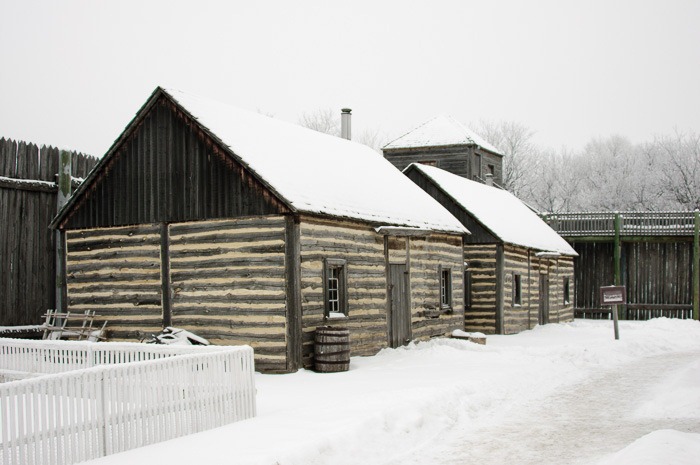 all kinds of conflicts, big and small and in 1809, the North West Company built a fort, called Fort Gibraltar.

But each company had a very distinct way of life. The North West Company (NWC) had the more joyous way, while the Hudson’s Bay Company (HBC) sported the stricter way. 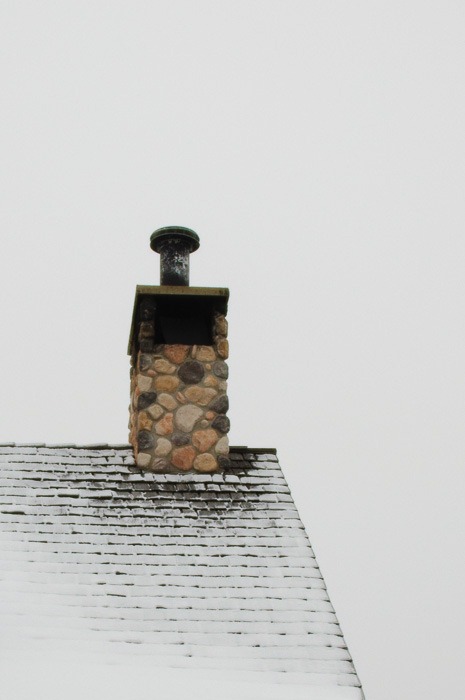 When the HBC built their fort near the Forks (Fort Douglas) in 1812, they had no idea that the existing Fort Gibraltar in the same area would be such a royal PITA

Fort Gibraltar had been there already for three years. The NWC with its more French way of doing things (more loose, more frivolous, less “serious” in certain ways, more joyous) was clearly an irritant for the strict HBC with its rules and regulations. 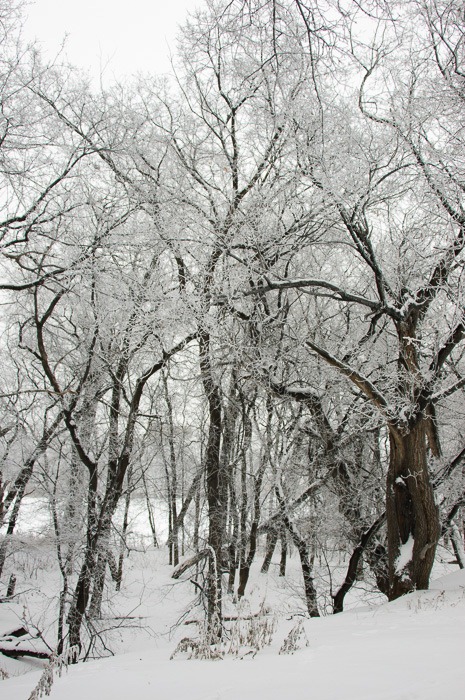 Wilderness without Fort Gibraltar, or a view of the Red River

In 1816, the HBC captured and destroyed Fort Gibraltar. Bad move. The English government deemed the capture and its destruction illegal and allowed the NWC to rebuild the fort. 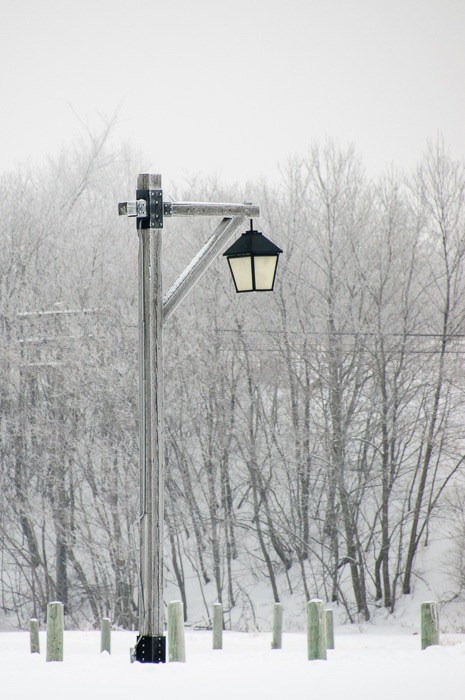 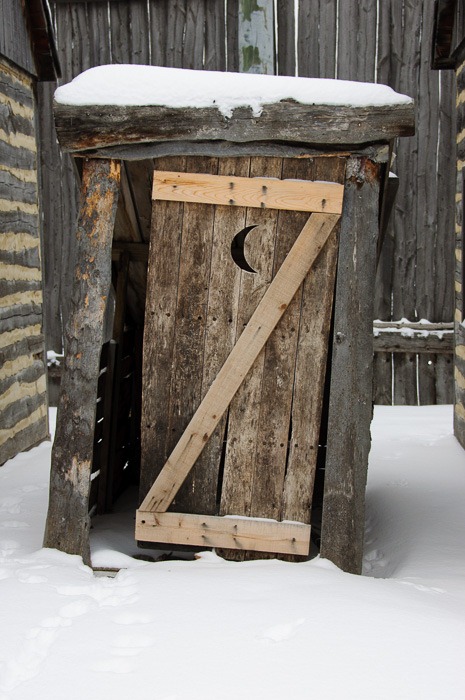 After years of disuse, Fort Garry is destroyed by the mighty Red River Flooding in 1852. The destruction sparked the idea of rebuilding a different Fort Garry downstream. They called it Lower Fort Garry. 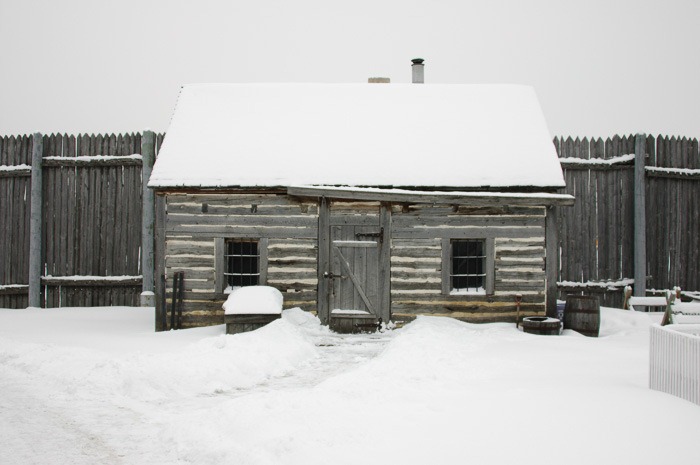 Today I visited Fort Gibraltar. Just to see what it looks like when it is not flooded with people. The Festival du Voyageur, that is held each year in February, uses the fort for many of its activities, but crowds do not make for the best photo ops in this case. 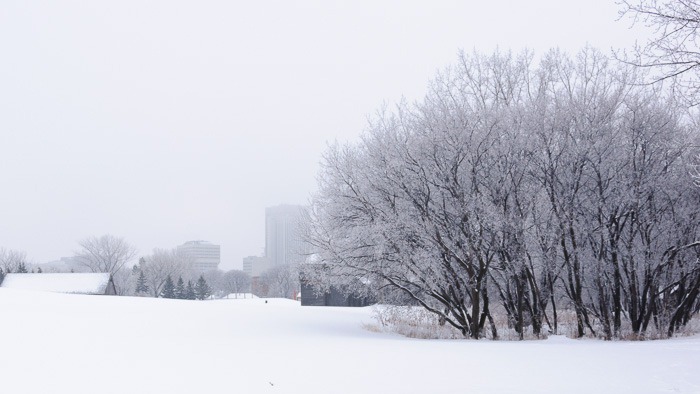 Today, it was completely quiet. After a night full of hoar frost and cold, there was nobody to be seen. The morning was still cold and freezing; from a small distance the fort was nearly invisible (behind the trees). What is now clearly visible is the City of Winnipeg, partly formed and created by the two rivalling companies. 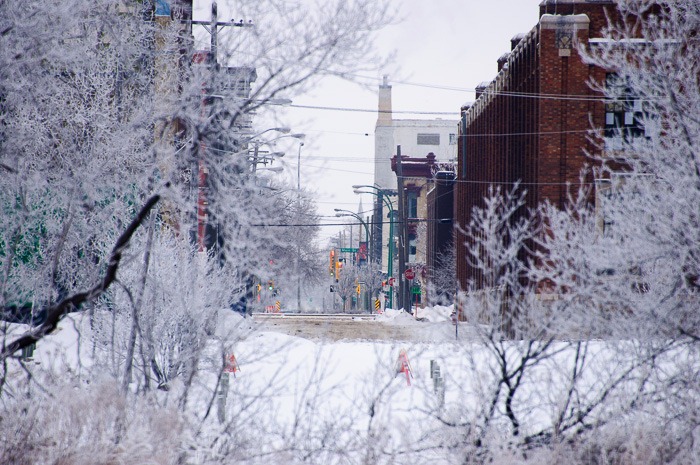 The last view I had was a view from the Fort’s parking lot to a small street downtown across the (here invisible) Red River. The green sign in the distance reads “Main St”. Perhaps that was the best achievement of the companies, over time.

Until next year! Until then, have fun and be careful out there!