In the last few years I have taken about 12,000 pictures in Manitoba. Lots of these pictures include the sky and some of them are all about the sky. There is always something interesting with a sky. 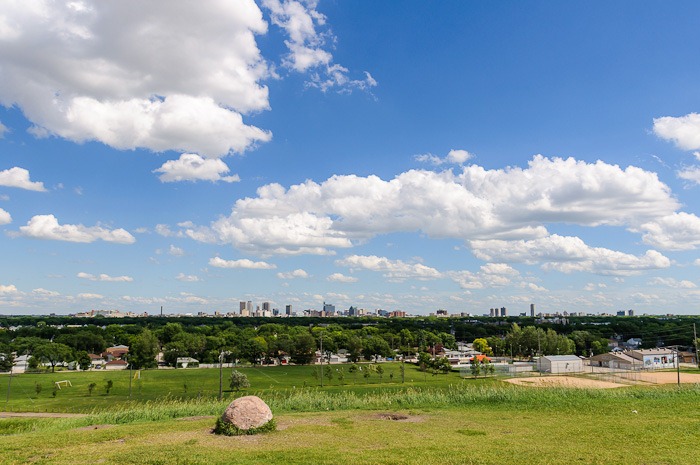 Be it an interesting cloud, colour or just the light. This time I thought I’d create a mosaic of sky photos I have to see how these compare with other people’s sky photos in other places in the world. So, if you

have pictures of a sky in your part of the world, show them and let’s make it an interesting experience! Share them on Facebook or Flickr so we can all see them!

One would say that sky pictures are boring by definition. True if you live in a country where there are no clouds, ever, like in the Sahara. But even there, sandstorms may make things interesting, occasionally. 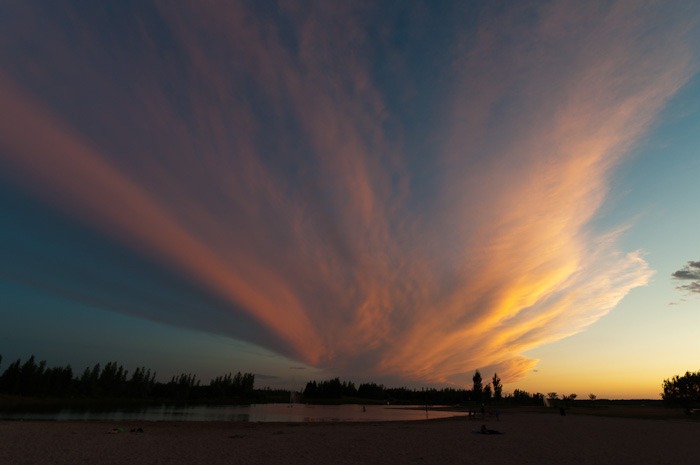 What makes a sky interesting is the story we have that comes with that sky and that moment. Like waiting for an aurora night with your daughter. 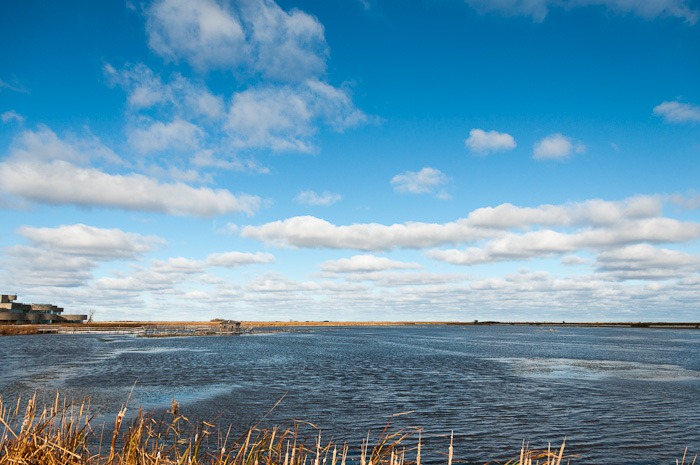 Oak Hammock Marsh is a preservation area a few kilometres north of Winnipeg. Famous for its birds and other wildlife, but also the place where to observe Aurora Borealis or simple skies. 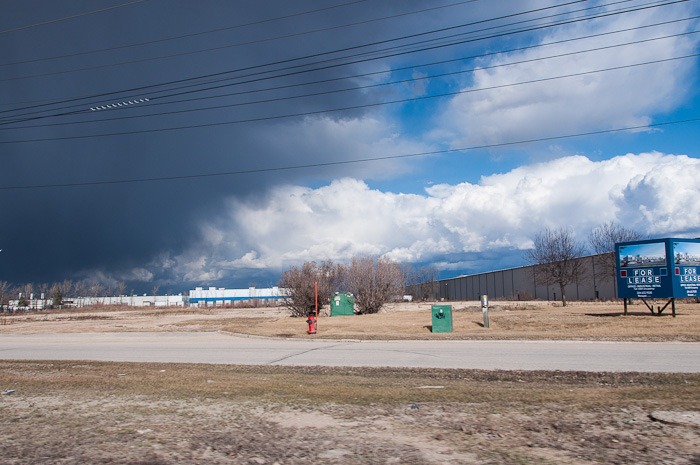 Coming back from a visit to a one million dollar home

In Winnipeg, the hospitals band together to put up one or two one million dollar homes in a sweepstake lottery. The one who wins, gets the home. Way lesser second and third prizes can be won too. The real winners in the deal are the hospitals, of course. And rightly so. At least you know that if you didn’t win, the money will still be well-spent. 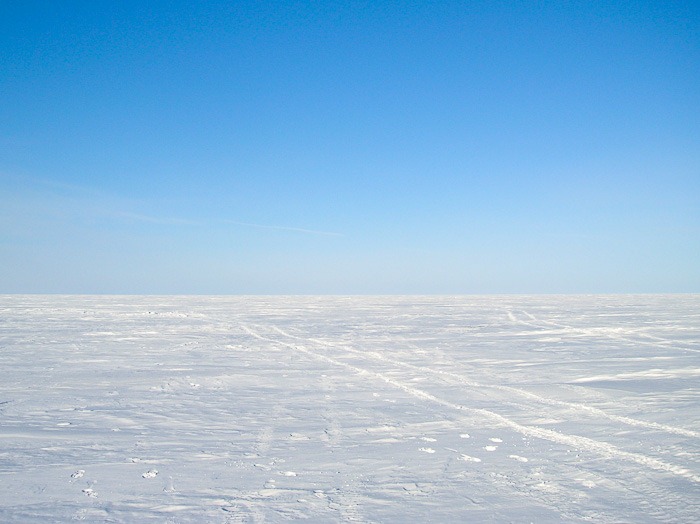 What better to do on a lake in winter than going ice fishing? Taking pictures, of course. The expanse of the lake, no visible land around you and the featureless sky can make you feel dizzy. And cold of course, but you can dress for that. 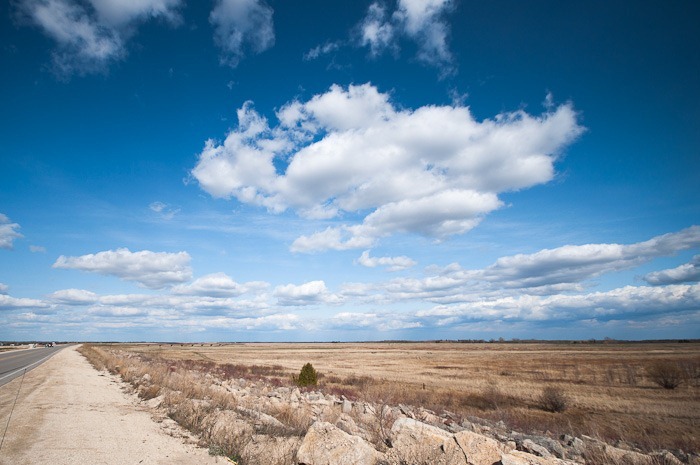 A simple outing in early spring

Spring in Manitoba comes in of very soft and quiet feet. First the snow melts, leaving only bare fields, dead grass and open ground visible for at least a month. Then come in the birds and the first blossoms. Above, after a search for incoming raptors. Didn’t see any, but the sky was nice. 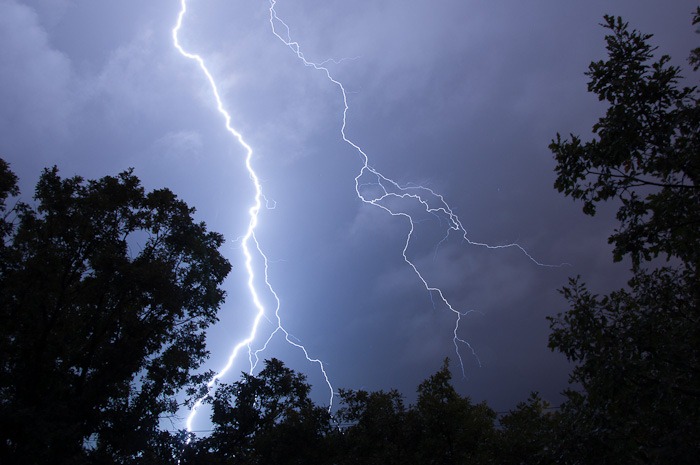 In summer, there can be thunderstorms. Usually I get some resistance to my urge to get out and take pictures, but this time I got around it by just staying on my balcony. That the lightning seemingly follows the branches of the trees is an added bonus. 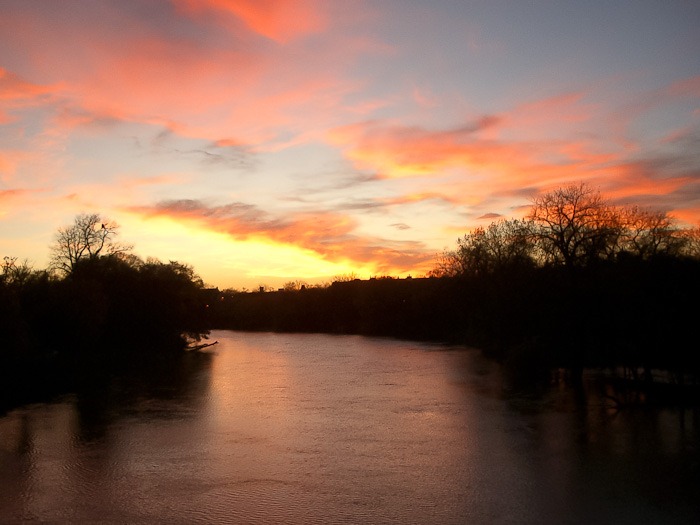 A quiet summer evening walk in the city revealed this sky. A great contrast-y sky, difficult to get without blowing out the sky or blackening the trees below. The river was still way too high to be able to take the walks on the river paths… It would stay that way for the rest of the year. 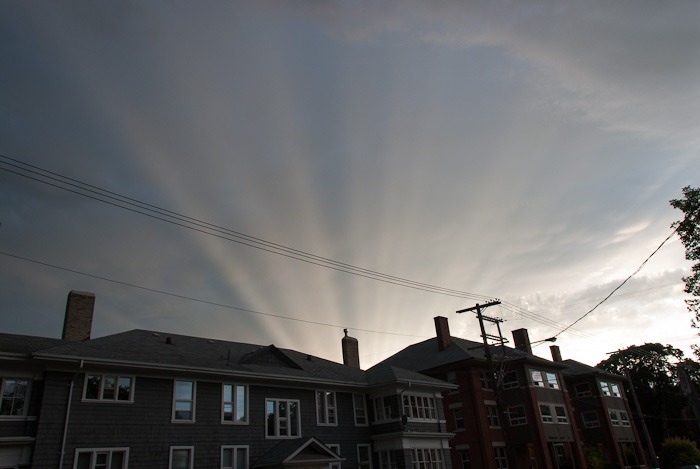 A partial rainbow, or…

Seeing a rainbow is nice. Seeing it complete is nicer, but not easy in a city. There’s always something in the way. But when I turned around I was treated to this view. The sun acting as an old-fashioned cinema projector showing its rays. 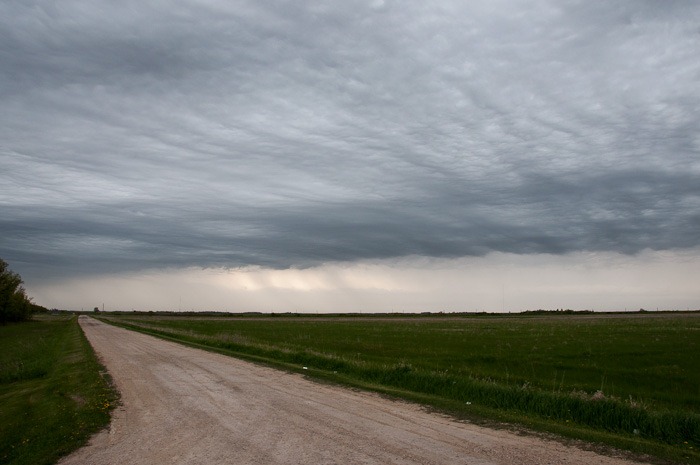 Going barbecuing with friends is always a pleasure. I can’t get enough of that. But sometimes, that same barbecue time will have to be cut short because of Mother Nature. These clouds were forming above us, the wind coming from the light part of the picture. Hard to believe when you see that rain coming at you like that. 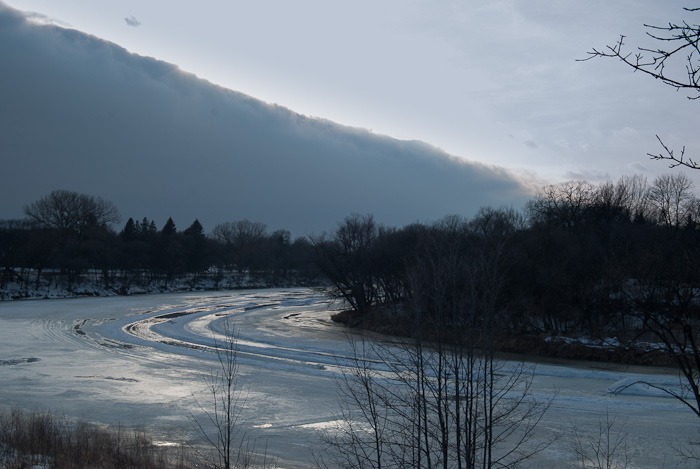 Sometimes spring shows its nose and everything starts melting. Then it’s Old Man Winter coming back to sweep away all Spring’s efforts. After a few days of melting that spring, this front came over us. It came with another six weeks of freezing cold and an extra 15cm of snow in the whole province. 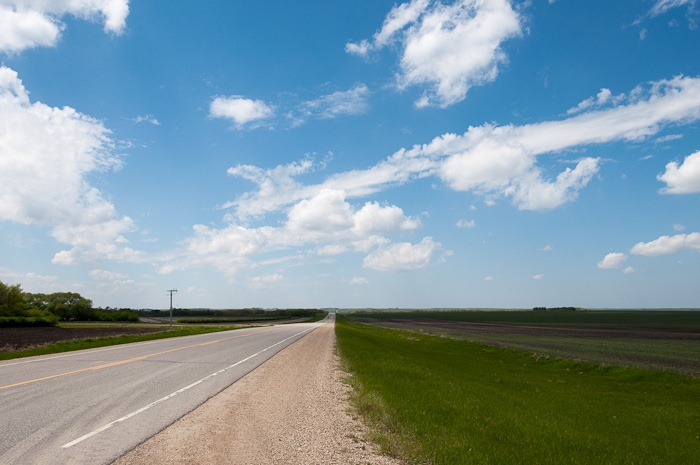 And sometimes, well, it’s just a nice sky, driving in your new car in the province and you stop on top of a small hill. We don’t have big hills in Manitoba anyway. A seemingly endless road, a flat horizon, lots to see, there’s nothing between you and the horizon to block the view.

All skies have a story, even the lead picture of the Winnipeg skyline. One of the first outings in the summer to a place called Garbage Hill, eh, no it’s called Westview Park. But it is a garbage hill. Topped off with soil to make it a nice place for your dog to run around and chase the groundhogs.

So, what’s your sky story?