Monotony is the bane of creativity. You simply cannot create anything new if nothing changes in your environment. Everybody knows that and seemingly this applies to everyone. 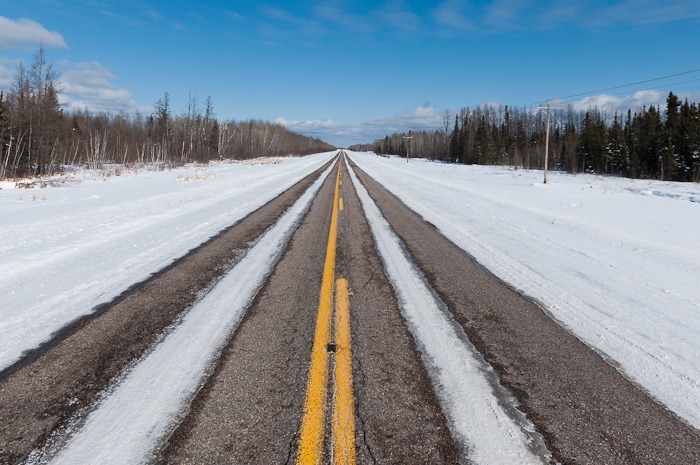 Some people don’t need variation to be creative, they can continue to write, work or create for years on end without anything changing in their lives. Or at least that’s what they think. Let’s

see how this applies to a photographer. Let’s be honest, I am not a professional photographer. Many of the pictures here on this site can be qualified as barely better than a beginner’s.

When I started in photography, about 35 years ago, I had a wonderful camera with a 50mm prime lens. Zoom lenses at that time were not in the budget. Not even my own budget, my parents were paying for everything.

Then came the time I had a job of my own and could afford some extras. I bought myself an 80-200mm Tokina lens. I made the greatest pictures with that lens. And I never screwed that boring 50mm back on the camera. A big mistake. 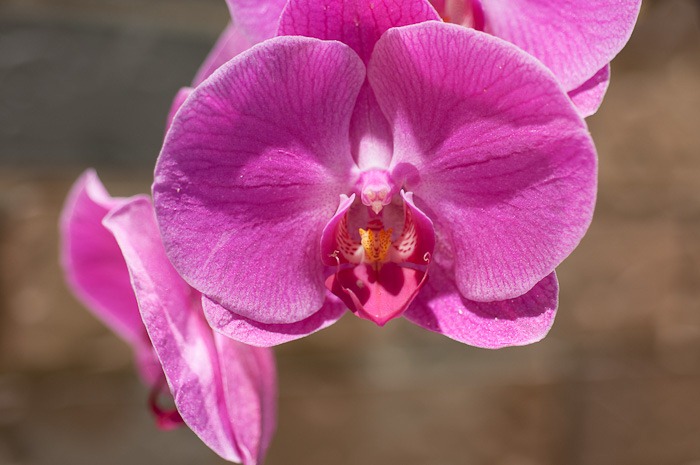 Today, everybody who buys a camera gets a zoom lens, whether they want it or not. Zoom lenses are great, don’t take me wrong, but the primes have their qualities as well. Many photographers will say they shoot only with primes, or only with zoom lenses. Both parties will lose a big part of the fun of shooting.

Like I said, I am not a professional photographer, I shoot for pleasure and fun. Recently, I bought a 60mm prime lens. After shooting for years with only zooms, there was a bit of a learning/unlearning problem. Now the zoom is the distance from the camera to the subject, no longer a ring to turn. 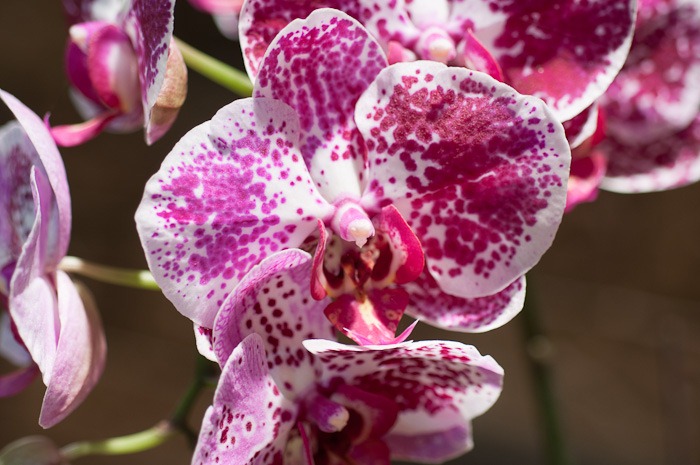 But the image quality is definitely a notch up from the zooms. The above shots were taken at the Assiniboine Conservatory, their orchids are great subjects. It also helps if nobody is around to shake the plants so you can get sharp shots. Focus is everything with this lens. 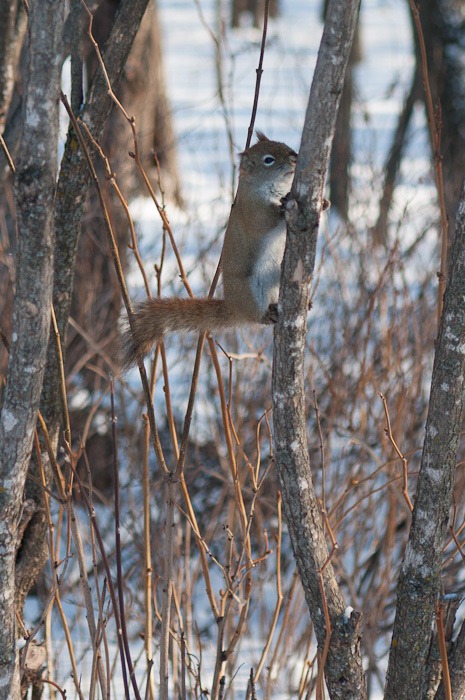 But taking the 60mm to shoot animals is a bit of a hassle. Even if you don’t have to think about zooming in or out to get the correct crop, now you have to move closer or further away to get the image you want. Animals don’t stay in one place that long. Squirrels rarely stay longer than a few seconds in one place. The above shot was more of a lucky shot than one I had planned. 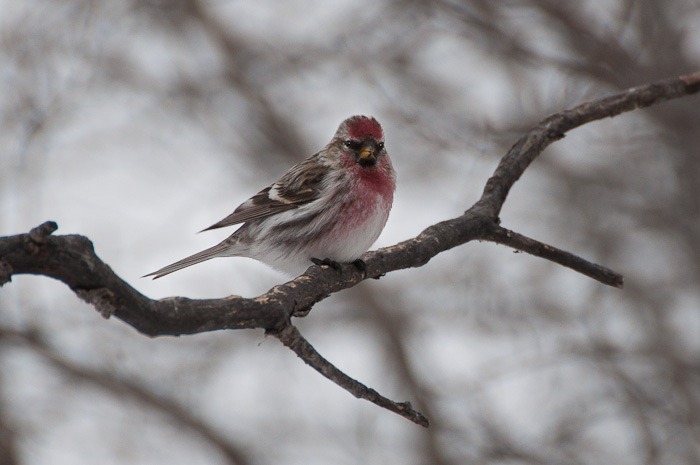 So I went back to the 18-200mm zoom. A great lens, and definitely a good one for tame wildlife like the Common Redpoll above. But sometimes… 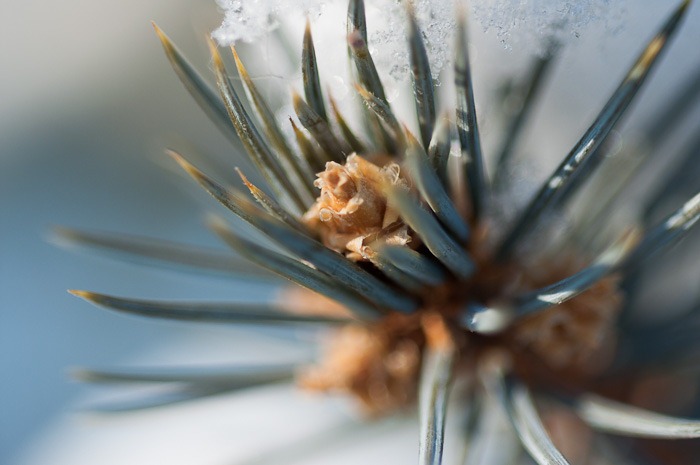 Sometimes you want to do something better. But you can’t afford it. A friend proposed me to use his 500mm prime lens to go and shoot some Snowy Owls near Winnipeg (Thanks Robert!). My 200mm, even with a 1.5 crop factor which makes you believe it’s a 300mm, is not sufficient. 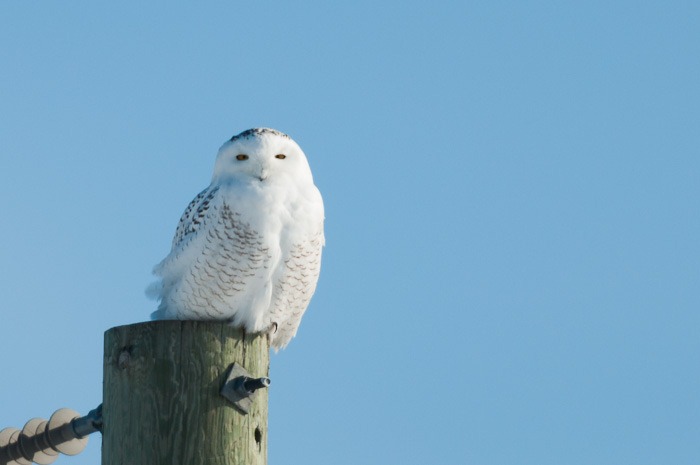 This Snowy Owl was perched high above us, on the top of a hydro pole. A 200mm would have given me a few white pixels in the center of the image, with a lot of uninteresting stuff around it. Ready to be cropped out in Post Production. The 500mm (crop factor makes it look like a 750mm!) came in close and got me the shots I was hoping for. 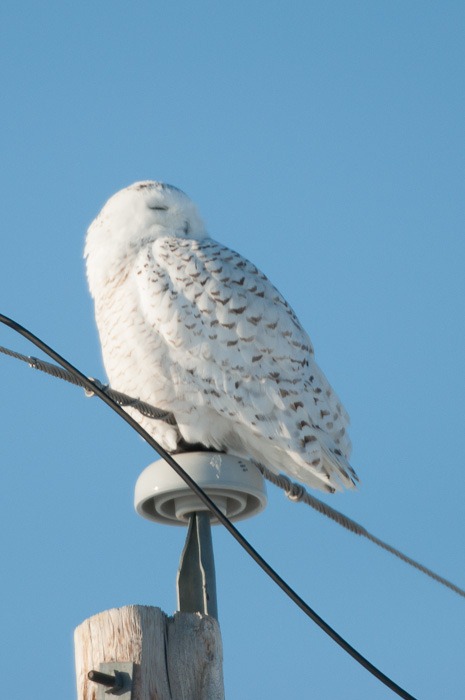 But to say that I will now go and save up for a lens of that calibre, I think not. That lens alone would set me back about 12,000 dollars. I won’t even hassle about Canadian or US dollars. Then there is the inevitable insurance for a lens like that. Also, I would have to do some serious muscle training to have this lens on my camera permanently. 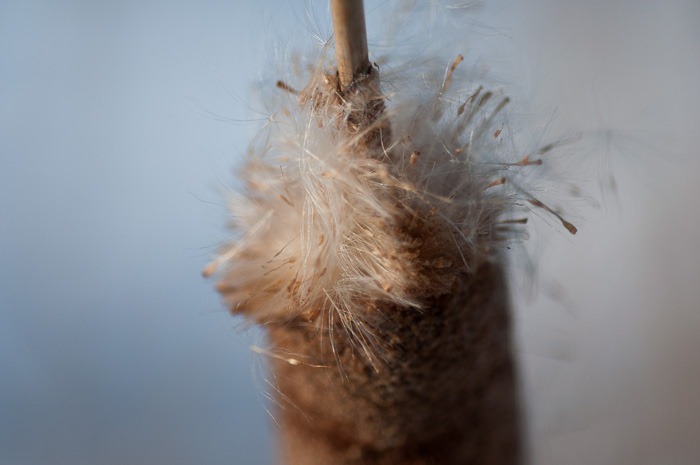 So, after the outing, I went back to my usual lenses. The main picture of this post, a shot with my 10-20mm wide angle zoom lens. On the way North, just to see what was there. 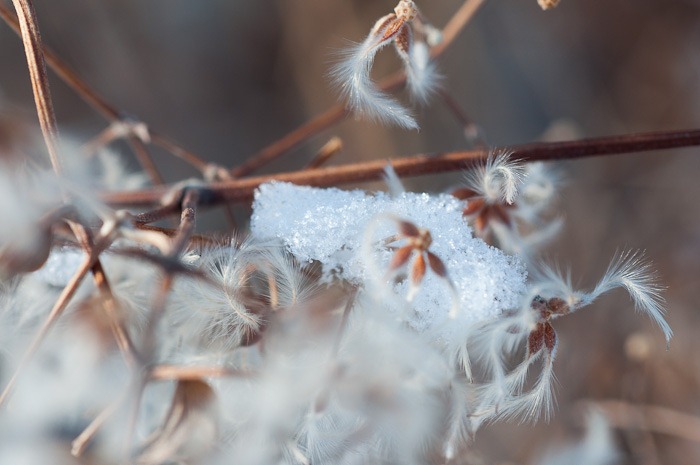 And some more with my newly acquired 60mm, getting close is something I’ve always wanted to do, but never had a real opportunity. Screw in lenses exist for on the front of your standard lens that let you get in closer. I had a set of those, back in the days. But somehow, these screw-in lenses didn’t give me the image quality I was looking for. The result was that they stayed in my photo bag and hardly ever saw the light of day. 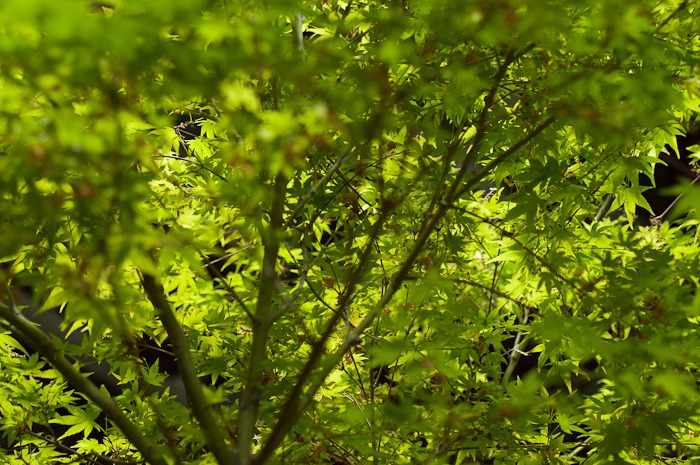 A small “forest” simply a shot from below of a tree against the light.

Varying pleasures is the key. And with varying pleasures come various lenses. For each type of photography there is a lens. Far away and unapproachable birds? 500mm! Close ups of fairly inanimate subjects? 60mm micro! Wide sweeping views? 10-20mm. And for all the rest, which I have to admit is still the majority of the photos I shoot, there is the 18-200mm. The pleasure is in learning how each of these lenses react, then trying to get the best photos with them.

Down with monotony! Here comes creativity, and interesting photos!