We all know about the cats we have in the house. They need food and on regular times too. Otherwise they will “notify” us of their discontentment in their own, special way. 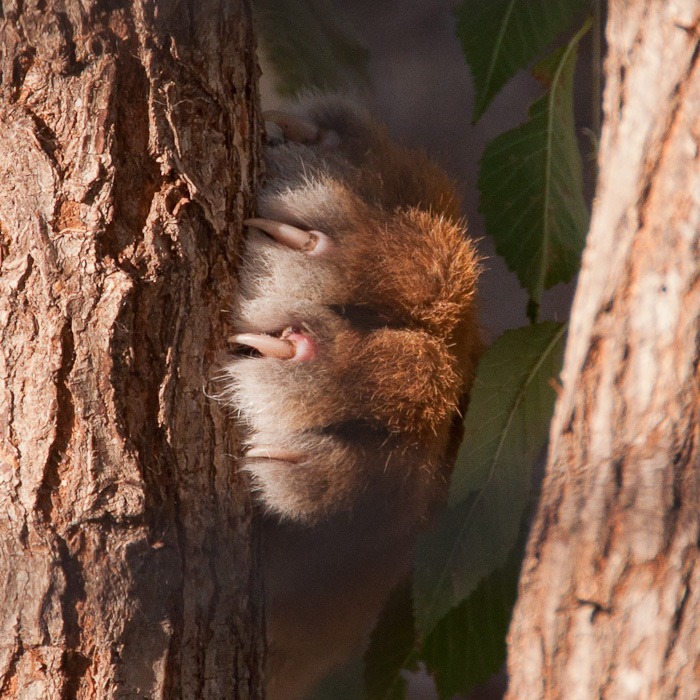 Bigger cats have the same needs, but bigger. So what about their food?

A few days ago I went to the Winnipeg Zoo. The newest “attraction” there is a pair of tiger cubs. Not only are they cute, but they are very cute. Their mother is a Siberian tiger called Kendra. The cubs, a male and a female now have the names of Sarma and Reka. Sarma is the name of the river close to which Kendra was born, and Reka is the Russian word for river. 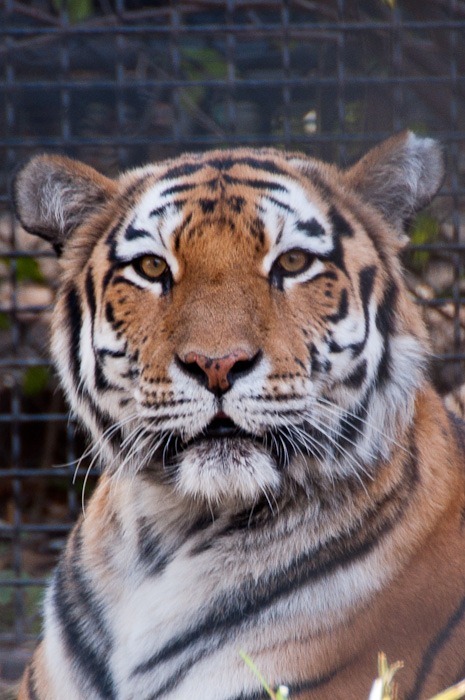 As you can see, these animals live in captivity. For some of them it is the safest way to live. In the wild they would be hunted and killed for a small part of their body used as an aphrodisiac. The rest to be burned

People who know me closely enough know that the tiger is my favourite animal. Every time I see a tiger being killed (on TV) I am close to lashing out to the killers. 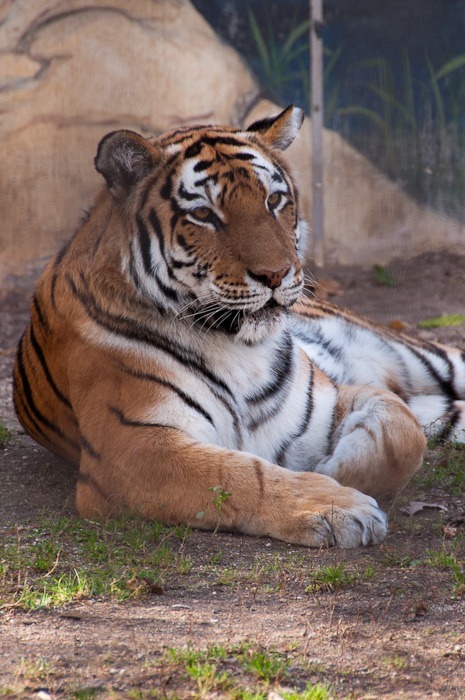 Kendra here is not strange to killing herself, though. A few years ago she killed her own young because people got too close too early in the life of the cubs. Probably she decided that it was better to kill the young for their own safety. Paradox. 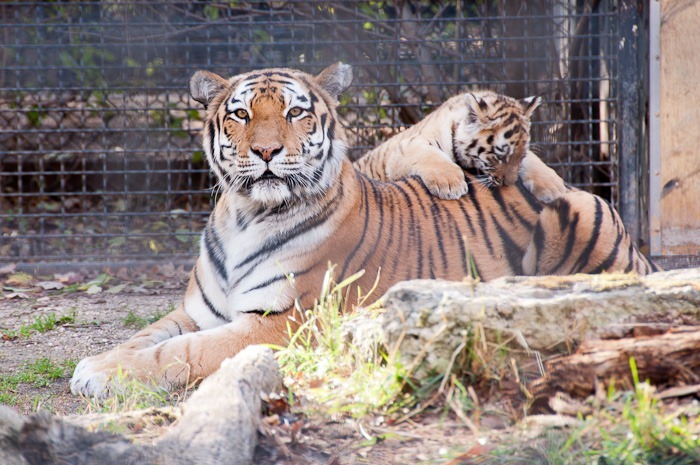 Who knows what goes on in the mind of a big cat like that? The above picture goes well together with the next, where the cub expresses what it thinks of the taste of mama… 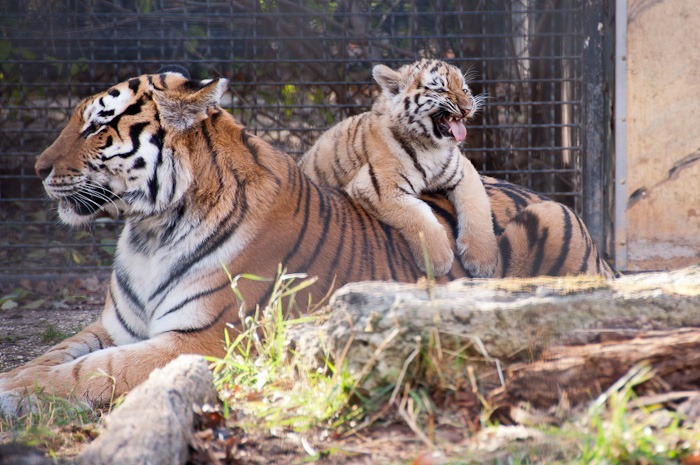 We could call that the Mama Burger taste. Personally, I like them, tigers must have different taste buds. 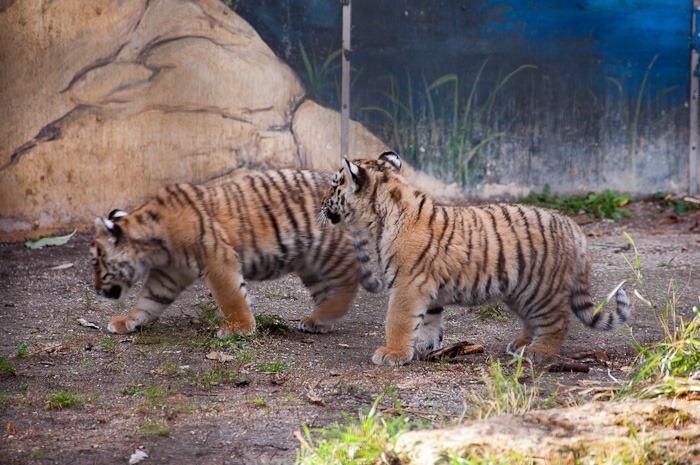 Both of the cubs are doing well, they play and they fight with each other and with their mother. As usual, she lets everything happen with a stoic character. Until it is too much and then she simply walks away. 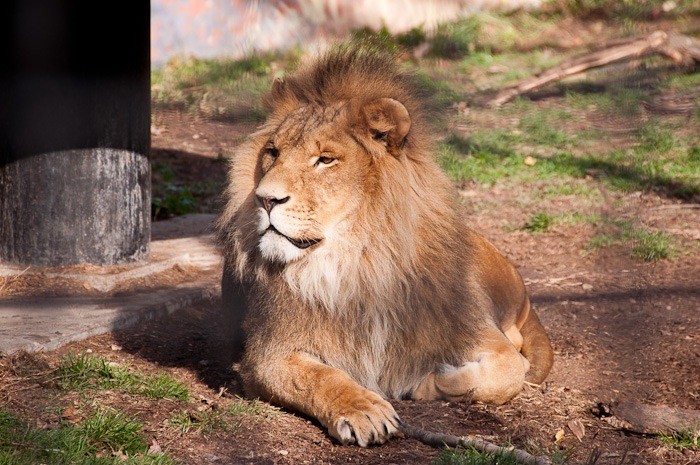 But these tigers are not the only cats in the zoo. The lions are not far away, but happily in a different enclosure. This lion seems to be very content. No wonder, he has a mate that loves his attentions, whenever they occur. 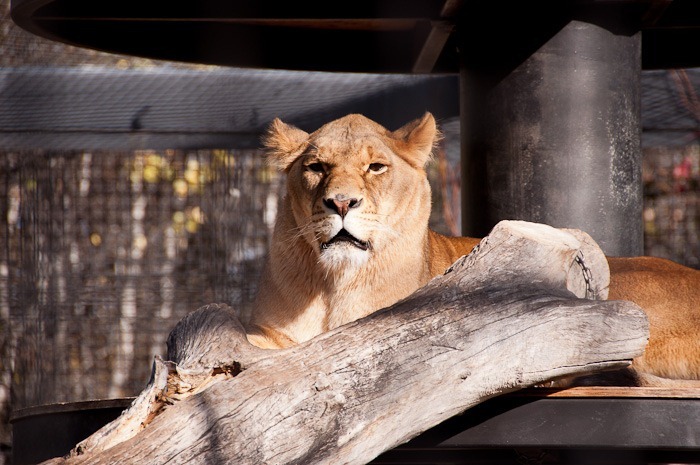 She, on the other hand does seem a little depressed. The attentions of her mate have not resulted in any cubs from her. 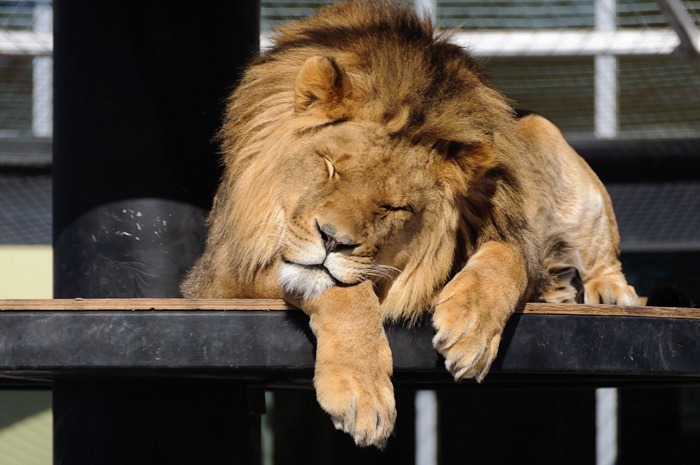 Sleeping on the job

He seems to be content with eating and sleeping for a s much as he can. Get up and do your job as the King of the Animals, you lazy … !

That leaves me now with the preferred food of the cats. Well, not really. This “food” is far from reaching their mouths. 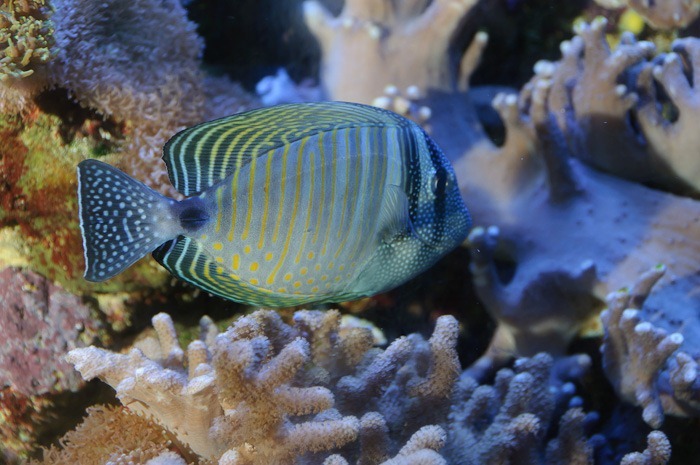 Colourful fish in the aquarium contrasts with the dry enclosures of the cats. I thought that these fish looked really nice and a few pictures of them would do us all good in this time of “no colour”… 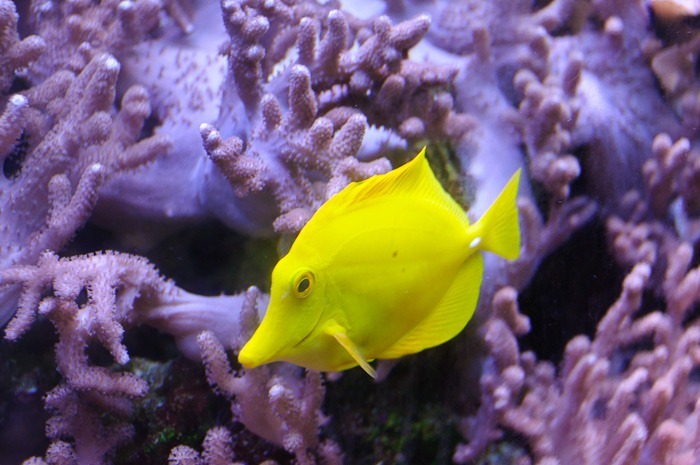 Lantern in the dark

Really lighting up when you add a little speed-light in front of the glass. The key for good pictures here is to use the flash off-camera so that you don’t get it reflected in the glass in front of you. 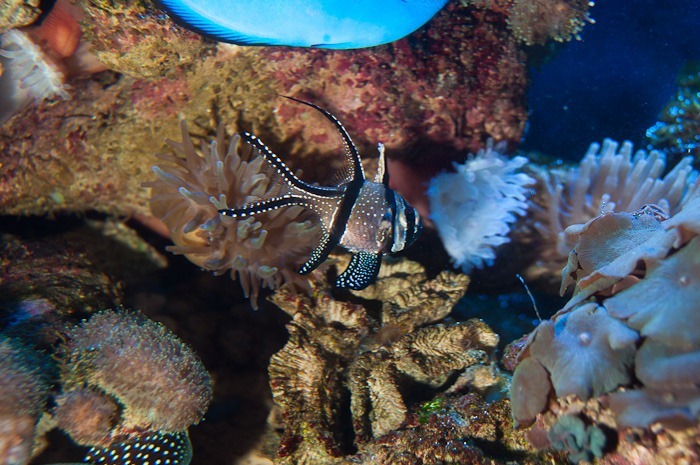 Some fish don’t seem to mind, others swim away at the sight of the camera. This starry guy here didn’t mind. 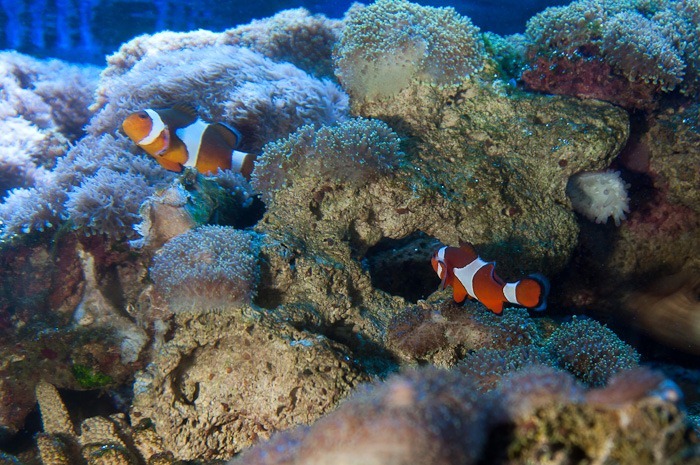 Nemo here, on the other hand, got away as soon as the camera approached the glass. I guess his acting skills have diminished a little over the years. 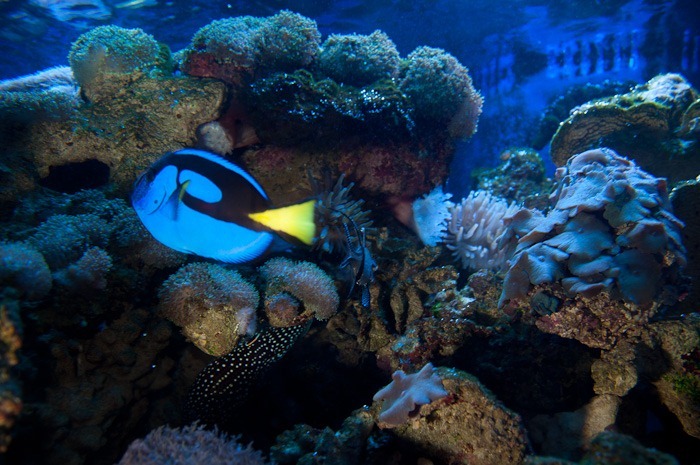 Imposing as a star

This blue guy here did his best to be in every shot I took. A new candidate for Hollywood perhaps?

In any case, they have avoided the cat food part of their lives. They have no idea of how lucky they are to live in this basin.

I was lucky too. This time I went to the aquarium first, got my fish shots and then went to the tigers. Arrived at the tiger enclosure, many people were shooting the fence with tiger silhouettes behind it.

I guess an iPhone is not that good for selective focusing

Most of the tiger shots were taken just after closing time, that was announced when I arrived there. All the people left, and I had free play to shoot the tigers like I wished. The mesh is still visible in some pictures, though. Next time I should be inside the cage…